The Splenius capitis is a strap like, broad muscle located on the back of the neck. It pulls on the skull’s base from the vertebrae in the upper thorax and the neck. It is involved in simple movements such as being able to shake the head.

A patch or plaster on the head.

The Splenius Capitis acts as an extensor and lateral flexor of the neck, and assists with its rotation. The muscle also forms part of the floor of the posterior triangle of the neck.

Splenius Capitis Syndrome is a common and painful pain syndrome, first discussed in the 1980s. The pain is often onset by motor vehicle trauma, blunt trauma, a fall, or postural situations where inferior and superior lateral oblique head movements occurred. Excessive repetitive movement causes the individual to overuse the muscle and create small degenerative changes within the insertion fibres. It is similar to that of insertion tendinosis that is found in other bony processes. The syndrome mimics pain associated with a migraine headache or temporal tendonitis. Pain can resonate from the rear of the head, to the neck, shoulders and even the arms. When pain becomes severe, nausea and vomiting can occur. Eyes become sensitive to bright lights, aching pain begins above the eye and retro-orbital pressure sets in with this syndrome.

Lower half of the ligamentum nuchae C4-C6.

Mastoid process and the rough surface of the adjoining occipital bone.

Extension of the neck and head bilaterally.

Flexion of the neck and head unilaterally.

Rotation of the head to the same side.

Occipital artery muscular branches out of the external carotid artery. 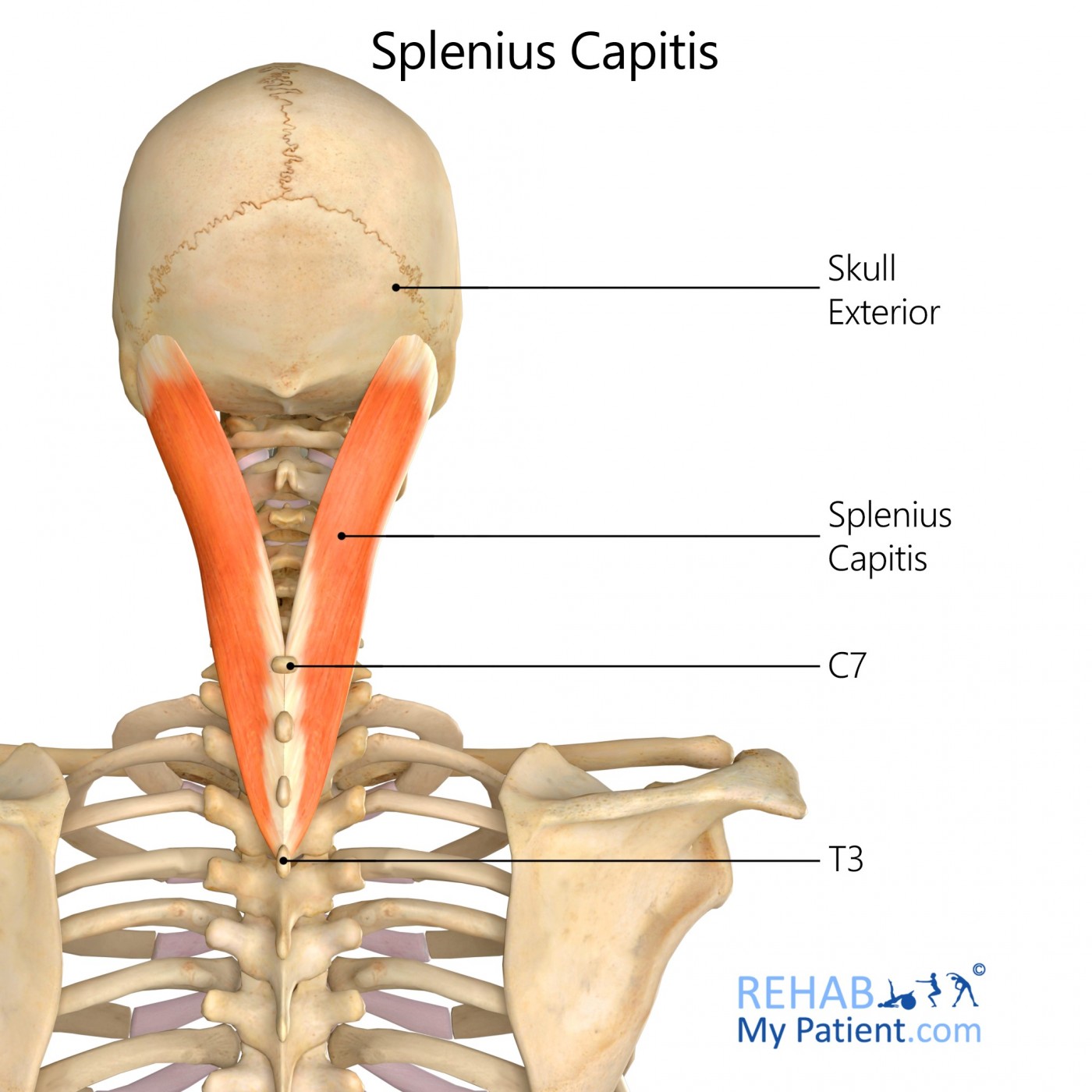 The objective of the study was to determine what the response of the cervical muscles were to whiplash-type perturbations through a low-velocity frontal impact, with the head rotated either left or right each time. Twenty healthy volunteers were gathered and subjected to increasing rates of acceleration in a low-velocity frontal impact. Their heads were randomly rotated to the left or to the right. Bilateral EMG of the trapezii, splenii capitis and the sternocleidomastoid and the acceleration of the torso, head and sled were all recorded. It appeared that the muscle responses would increase with an increase in acceleration. The timeframe for onset and the peak electromyogram for all of the muscles decreased progressively with an increase in acceleration. 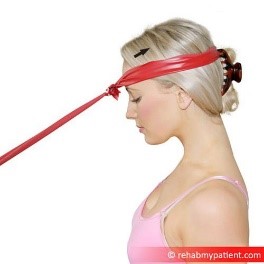 Attach an exercise band on the floor (under a table leg usually works well, or under a heavy weight), and with your neck flexed forwards, move your neck backwards into extension creating resistance in the band. You will feel a gentle contraction of the muscles at the back of your neck. Return your head to the start position and repeat. 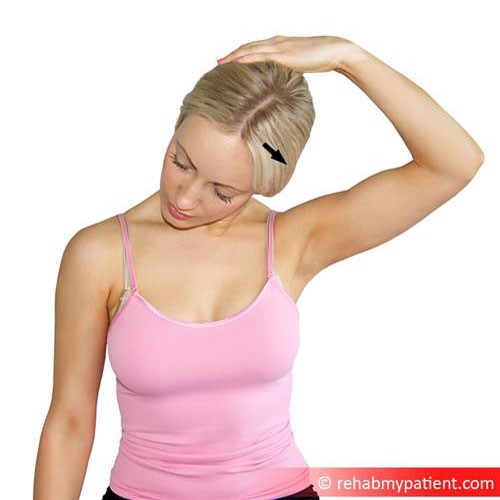 The lateral stretch will help to alleviate stiff upper back and posterior neck muscles as a direct result of sitting excessively. Stand up straight with the feet hip width apart. Place the left hand on the top of the head with fingers pointing to the right. Engage the core to help stabilise the spine. Gradually pull the neck to the left and drop the left ear to the left shoulder to feel the stretch on the right side of the neck. Avoid lifting the shoulder up. Hold the pose for 10 to 30 seconds. Repeat on the other side. Perform 10 repetitions.