Side of the Spinous process of C7.

Near the midline located between the inferior and superior nuchal lines of the occipital bone.

Aids in extending the vertebral column and the head. 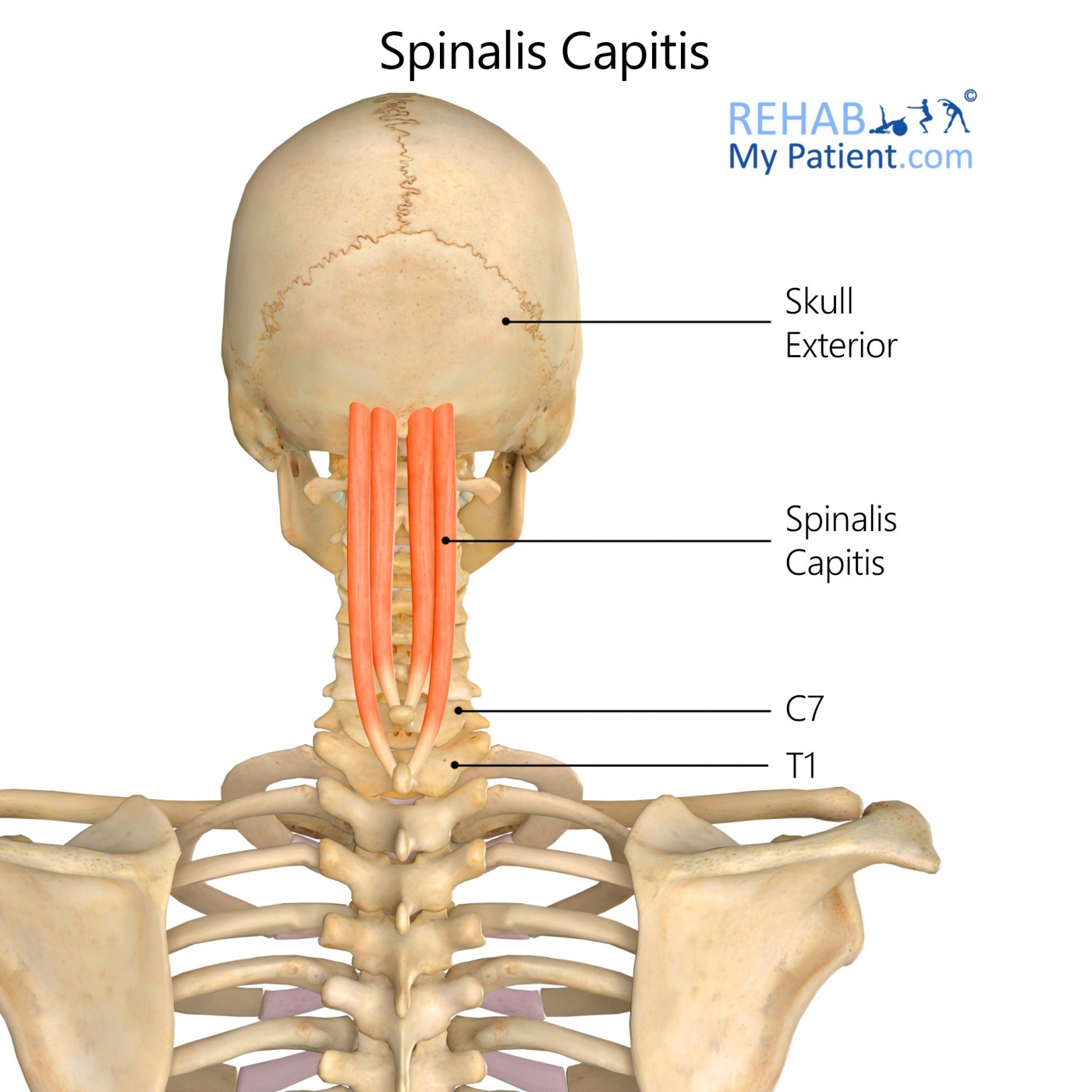 The purpose of the evaluation was to demonstrate the appearance of the greater occipital nerve on the ultrasound. The occipital nerve was evaluated in 21 patients, of which nine were men and 12 were women with an average age of 52 and an average weight of 74.5 kilograms, at the time of the carotid duplex ultrasound. All of the examinations were performed by the same sonographer. To maintain consistency and uniformity, the sonographer used the same type of ultrasound unit for all the tests. The anatomical landmark that was used for locating the nerve was that of the inferior spinalis capitis muscle. The study found sonographic evidence that shows an increased cross-sectional area and circumference of the symptomatic greater occipital nerve in patients who have unilateral occipital neuralgia.

The superman move works to target the erector spinae muscles. Lie with the face down on a mat. Put the legs together and arms straight out in front of the body. Raise the upper body slowly and lift the legs off the floor as high as possible. Pause and return the upper body and legs to the floor for a complete rep. Complete 10 repetitions of the exercise. 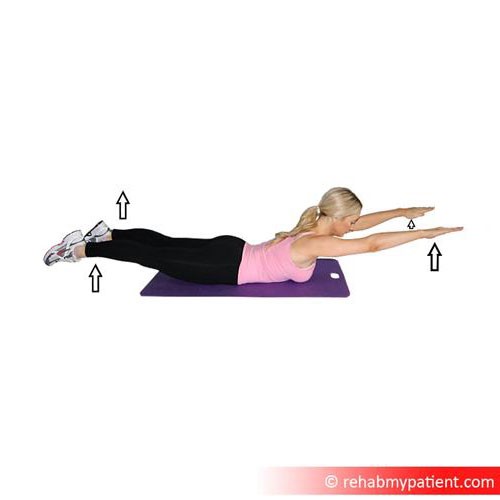 Lie face down on the exercise ball with the feet pressed flat against the wall base. Put the arms to the sides or clasp them behind the hips. Raise the torso off the ball by hyperextending the spine. Lift until the body forms a straight line from the shoulders to the knees. Return to start for one rep. Complete 10 repetitions of the exercise.