The vastus lateralis is the largest part of the quadriceps femoris. It rises from a broad aponeurosis tendon, which covers the upper three-quarters of the muscle. The muscle arises from several areas of the femur: the upper portion of the intertrochanteric line, the lateral lip of the gluteal tuberosity, the inferior and anterior borders in the greater trochanter, and the upper half of the lateral lip in the linea aspera.

Working in combination, the quadriceps femoris control movement of the knee and hip, while providing strength and stability to these joints. The quadriceps femoris supply the power needed for activities such as jumping, sprinting, kicking or hopping. These activities can overstress one or more of the muscles found in the region and cause a tear within the associated tissue. If only a small portion of the muscle fibre is torn, a Grade 1 strain will occur. This type of strain will cause pain, but it won’t reduce the normal functions of the muscle. A Grade 2 strain is the result of more extensive tearing in the muscles that results in pain and a substantial loss of normal functions. Grade 3 strains involve a complete rupture in the affected muscle, resulting in pain and a significant loss of function.

Fibres arise out of the lateral intermuscular septum. 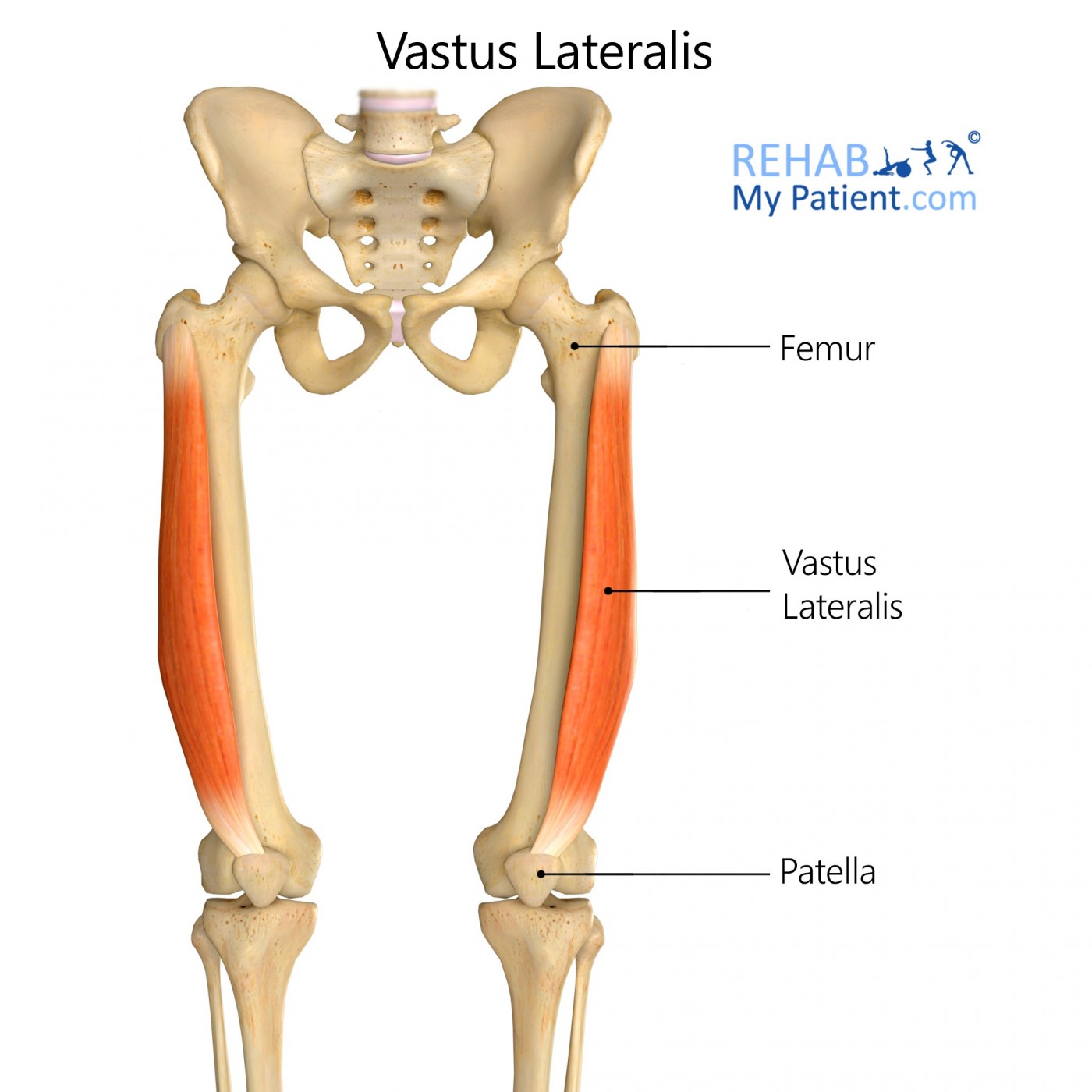 This study set out to understand the effects of age on the onset of vastus medialis obliquus (VMO) relative to vastus lateralis (VL) and the onset of activity in the quadriceps in terminal relation to swing heel-strike, during descent on the stairs. 66 men and women without any knee pathology were recruited for the study, half of them aged over 50 and the other half under 40. Surface electromyography (EMG) was implemented for recording muscle activity during stair descent. Muscle onset was determined from the individual EMG traces using a computer algorithm, along with visual validation. The study found that older participants activated their quadriceps significantly earlier than younger ones. The authors concluded that there are age-related changes in quadriceps activity, which may possibly increase joint loading. They believe that the earlier quadriceps activation may have the advantage of compensating for impairments of strength and balance in older people. 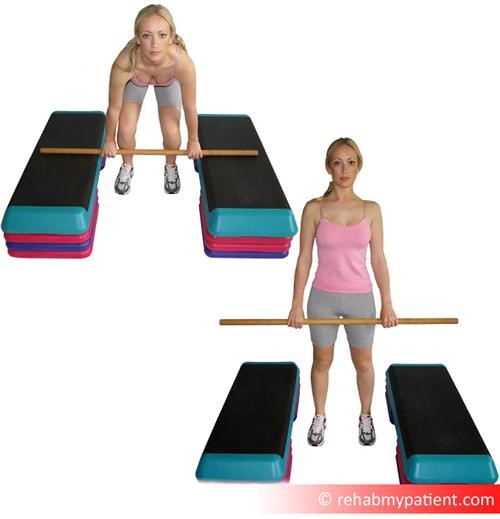 To perform this exercise, a barbell is required. Stand with the barbell lying on the ground and the feet just underneath the bar. Slowly squat down and place the hands onto the barbell so they are positioned with one hand forward facing and the other backward facing. Keep the chest and head up. Slowly lift the bar from the ground and straighten the legs upon standing up and holding the barbell. Hold the position for a second. Slowly squat back down and place the bar back onto the ground. Perform one to three sets of 10 repetitions each.