This muscle is situated at the base of the thigh. The muscle is just one of the hamstrings in the human body.

Athletes are one of the most common groups of people to sustain an injury to the semitendinosus muscle. Failure to stretch and warm-up properly attribute to strains and sprains of this muscle. When running, the hamstrings act eccentrically to slow the knee motion down. For those who have chronically tight hamstrings and fail to warm-up, expect an injury to occur to the muscle. Taking the time to properly prepare for the athletic competition will go a long way in preventing a pulled hamstring. Football players continue to be plagued by a pulled hamstring because they rush to get out onto the field.

Anyone who participates in an activity or sport where the legs are used extensively is prone to a pulled hamstring. Taking precautions ahead of time will prevent the injury from occurring in the first place.

Medial aspect for the superior part of the ischial tuberosity by a shared tendon of the biceps femoris.

Medial shaft for the tibia located just distal out of the medial condyle.

Attached slightly distal to the gracilis and just posterior to the sar torius.

Proximal to distal the muscles gets its blood from the obturator artery’s posterior branch. 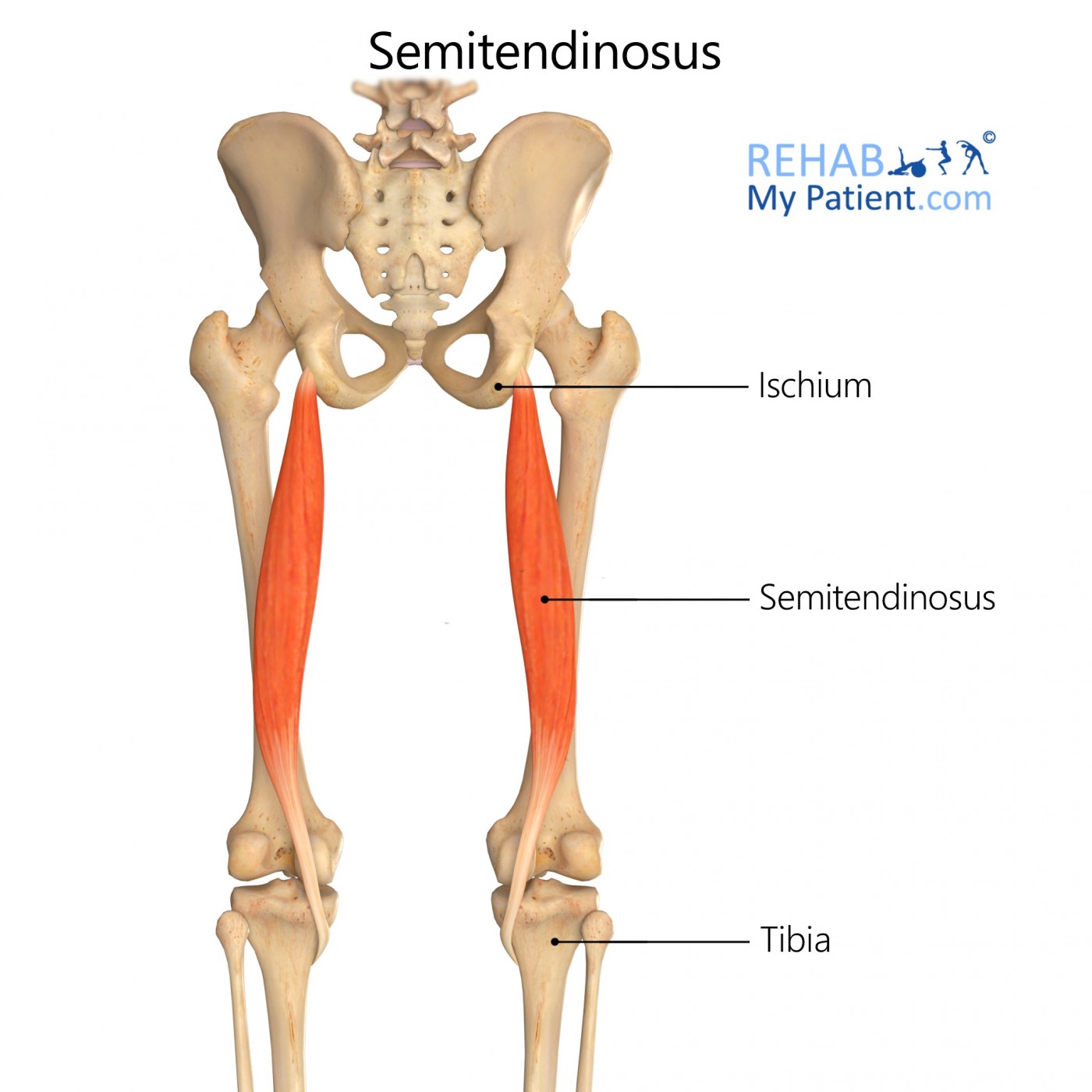 Hold a dumbbell in either hand. Allow the arms to hang at the sides with the palms facing each other and feet parallel. Step forward with one leg while keeping the back straight. Bend the knee of the front leg to make a 90-degree angle. Once the front knee is bent, the back leg should be two to three inches from the floor. Return to the starting position by forcefully pushing up with the front leg. Switch legs and repeat the same movement. Continue the exercise by alternating legs until 10 repetitions have been completed. Longer strides forward place a greater emphasis on the semitendinosus and the remaining hamstrings in the muscle group. 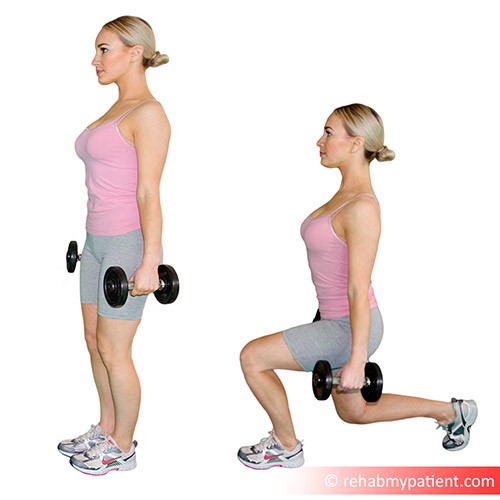