The piriformis muscle is a flat muscle that lies almost analogous to the posterior border of the gluteus medius. It is one of six external muscles responsible for the lateral rotation of the femur in the joint of the hip.

So named in the 16th century by a university professor, the piriformis, from the Latin musculus piriformis, means “pear shaped” and is reflective of its pyramidal shape.

Piriformis acts as a separator which divides the greater sciatic foramen into two parts: the inferior and superior. This has proven important as the division has greatly influenced the names given to the nerves and vessels in both sections.

The frontal part of the sacrum, the section of the spine in the gluteal region, by three fleshy digitations.

The upper margin of the greater sciatic notch (as well as the sacroiliac joint capsule and the sacrotuberous ligament).

To a lesser extent, from the capsule of the sacroiliac joint (the joint in the bony pelvis between the sacrum and the ilium of the pelvis) and the sacrotuberous ligament (which arises midway from the ulterior side of the sacrum).

Primarily, it is responsible for the lateral rotation of the thigh.

It also serves to abduct the thigh when there is flexion of the hip. 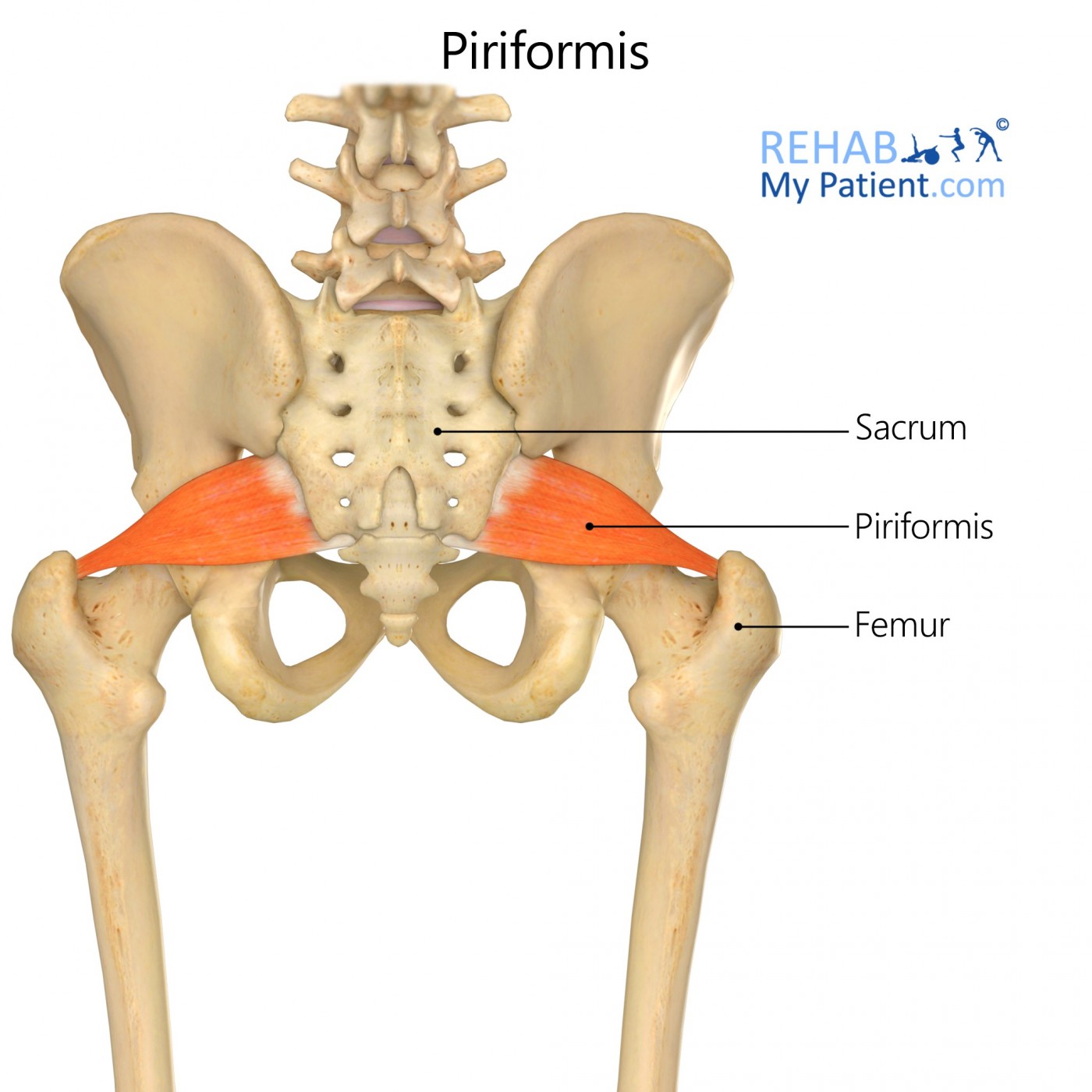 Studies have revealed that piriformis syndrome is often overlooked but is sometimes the cause of sciatica. On anatomical examination, it was found that anomalous splitting/sectioning of both the sciatic nerve and/or the piriformis muscle may have led to compression of the sciatic nerve, resulting in sciatic nerve pain.

Similar studies have also suggested that injury to the piriformis muscle is a fairly common yet undiagnosed cause of pain in the legs and buttocks. In many cases, patients presented with tenderness to the buttocks radiating from the sacrum to the greater trochanter. Pain and tenderness were further aggravated by adduction, internal rotation and/or flexion of the hip.

Tight and stiff muscles are prone to sprains, pulls and strains. Frequent stretches are important to ensure that your muscles remain agile and flexible.

Sit or lie with one leg outstretched. While holding the ankle of your other leg, pull upward and inward towards your chest. Hold this position for 10 seconds then release and alternate with the other leg. 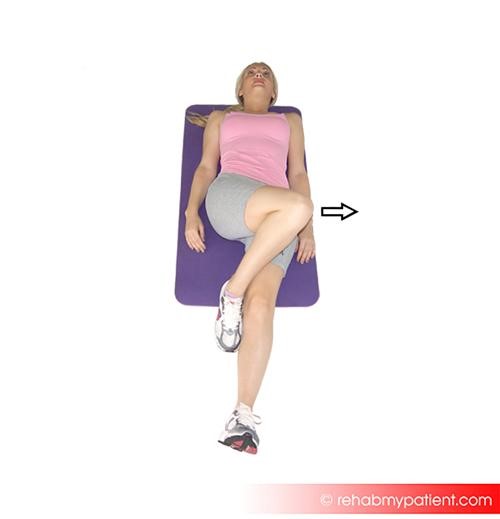 Lie face down and bend one leg under your stomach, then lean towards the ground.