Pectineus is a rectangular and flat muscle in the upper interior of the hip that allows the rotation of the thigh.

Pectineus is the most anterior of the five medial femoral muscles that are referred to as the hip flexors. It is responsible for the rotation of the thigh, as well as moving the thigh forward in a walking or running motion. The most common causes of injury to the pectineus muscle is from over-exertion or over-extension of stride performed by power walkers and some runners, and is often referred to as a groin strain. Localized pain in the groin area, on one side or the other, is a primary indication of injury to the pectineus. NSAIDs, such as ibuprofen, help lessen the pain and inflammation associated with this type of injury. Other treatments include rest, icing of the affected area, and proper stretching and massage of the pectineus.

Pectineal surface of the pubis.

Upper posterior surface of the femur.

Flexion of the hip.

Aids in the adduction and rotation of the thigh. 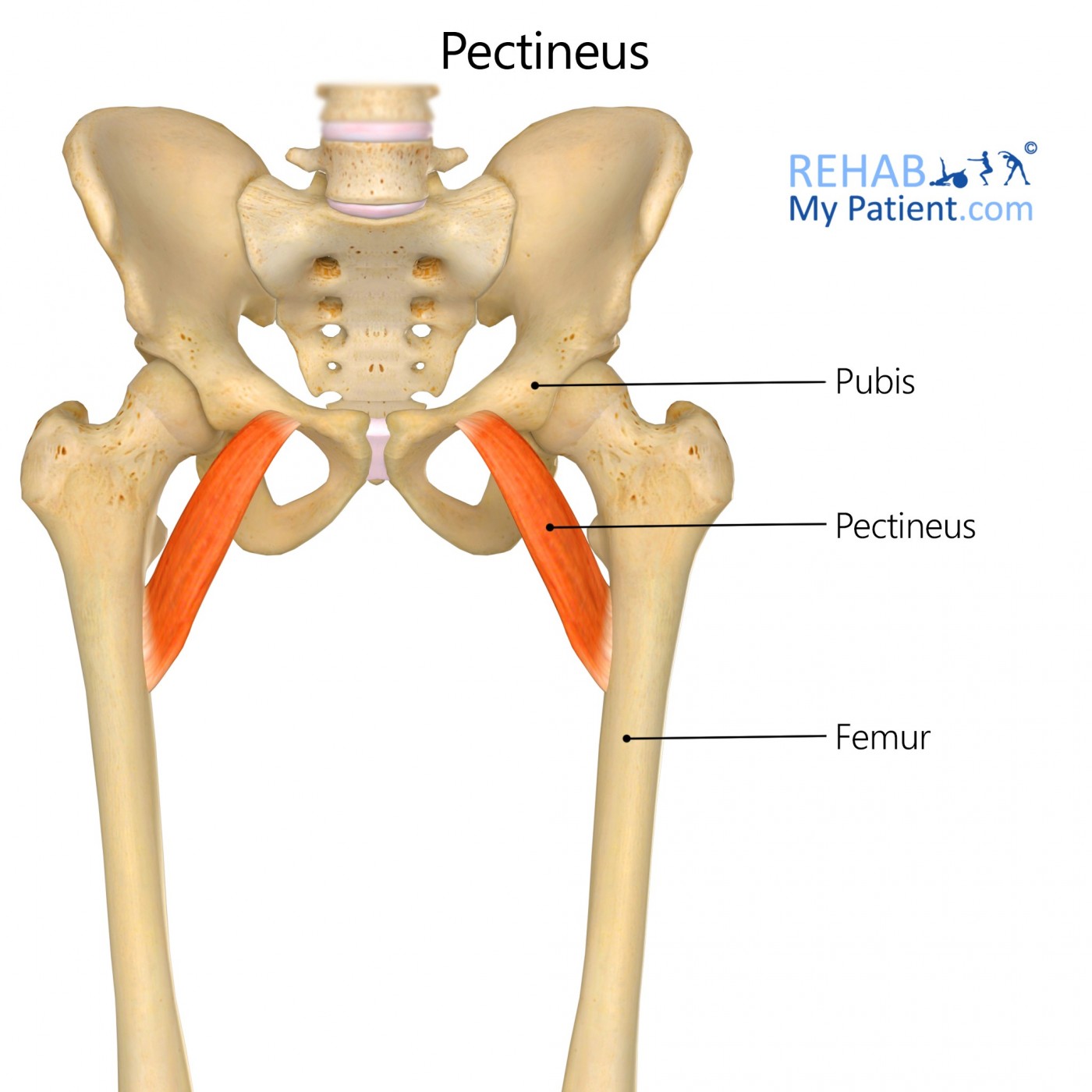 A study involving ten healthy subjects conducted 13 hip rehabilitation exercises with electromyography (EMG) electrodes inserted via ultrasound guidance into both the pectineus and piriformis muscle bellies. The signals were then recorded to measure exercise activation levels as a percentage of MVC, or a maximum voluntary contraction. The highest peak pectineus activation and the highest mean pectineus activation were recorded while conducting the supine hip flexion exercise. Exercises which measured moderate activation levels in the pectineus were the single- and double-legged bridge, single-legged hip abduction, and resisted hip extension. The highest mean level piriformis activation was recorded during the prone heel squeeze exercise. The study shows that the pectineus was highly activated during hip flexion exercises, while only moderately activated while performing exercises that required rotational hip stabilization in either direction. This both indicates that the pectineus contributes to hip stabilization, as well as being an important focus when addressing pectineus muscle rehabilitation through strengthening and conditioning of this and the piriformis muscles.

Stand facing a bench or other elevated surface, such as a secured and stable chair. Distance yourself from it approximately the length of your leg. With your hands on your hips, place one foot on the bench or elevated surface. Bend your raised leg slowly, causing you to lunge forward, while keeping your torso straight. Push your hips slightly forward and hold the stretch for at least two seconds, but you can hold for longer as your strength increases. Perform ten repetitions on one side, then repeat with the other leg.

Begin by standing with your feet a little less than shoulder-width apart. Place your hands on your hips, or out to the side to help with balance. Step your right foot out to your right side, and into a squat position to the one side. Go as far down as you are comfortable doing, but not past the point of where the thigh is parallel to the ground. Gently push with your right foot to stand back up again and return the right foot to the starting position. Keep your core stable by contracting your abdominal muscles while performing this exercise. Perform this exercise four times on each side, increasing the number of repetitions and sets as your strength increases. 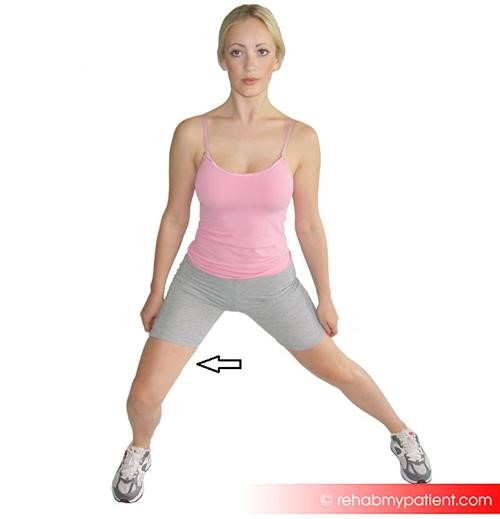