The thighbone (femur) is the longest bone found in the body. Since the femur is so strong, it will take a great deal of force to break this bone. A car crash is one of the main causes of a femoral fracture. The straight, long part of the bone is referred to as the femoral shaft. Whenever a break occurs anywhere along the length of the bone, it is referred to as a femoral shaft fracture.

The femur is the long bone located in the thigh. They have an exceptional supply of blood going to them. It is because of this and the protective surrounding muscle that the shaft doesn’t easily fracture. When fracture does occur, sometimes the force can be excessive enough to cause displacement in which case the bone dislocates from its correct position.

The leg is a lower limb of the body supporting the body when in a standing position. It provides the body with the ability to jump, walk, run and various other movements. It extends from the ankle all the way up to the hip joint, which has the largest bone within the body, the femur. 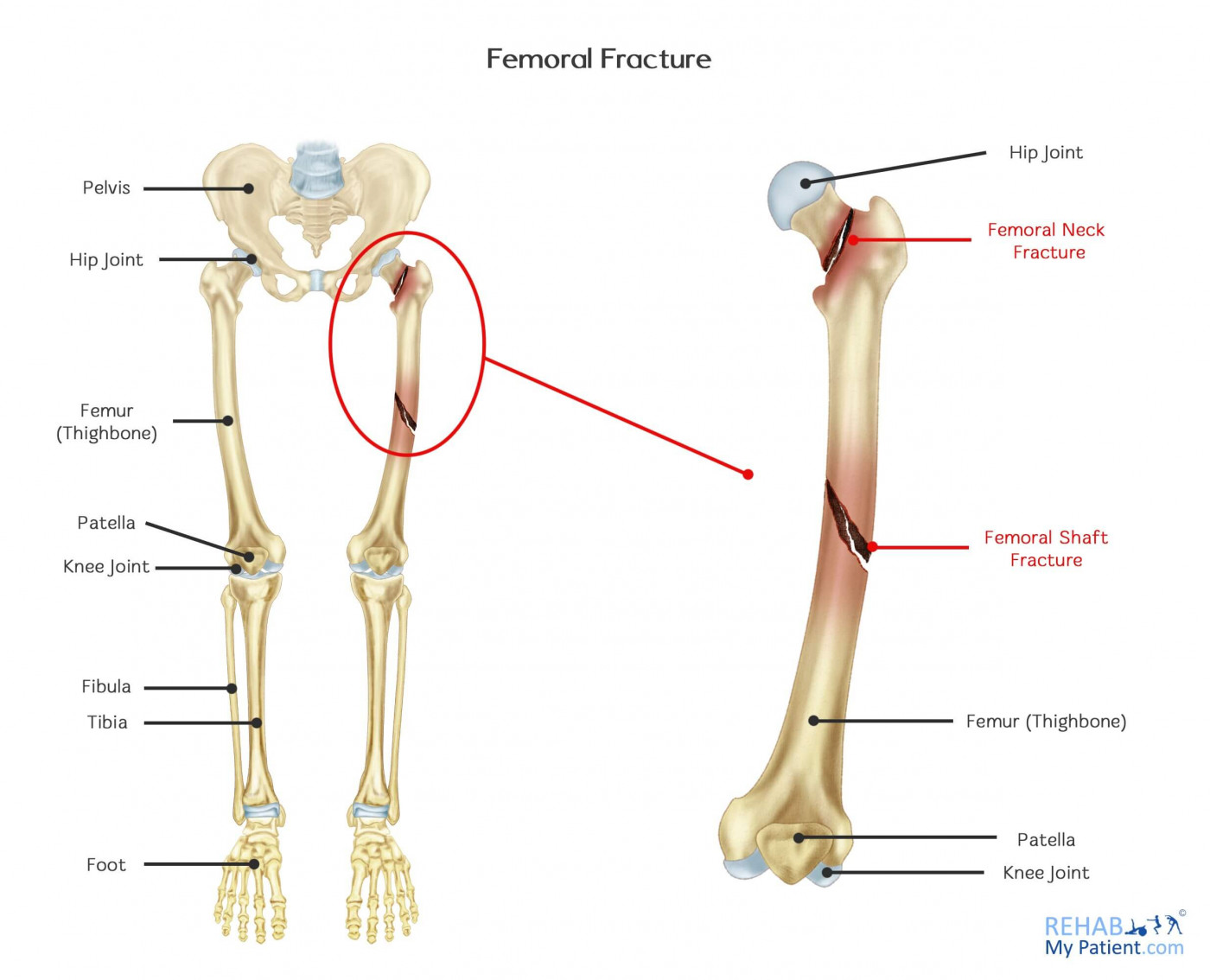 Femoral fractures are common in high trauma incidents such as car crashes or falling from a height. But the population most likely to suffer with femoral fractures are the elderly, especially elderly ladies. This is because the neck of the femur is prone to osteoporosis (bone thinning). A simple fall from tripping over a curb or pavement slab can be enough to cause a fall and fracture the femur.

How to Treat a Femoral Fracture:

The method the majority of surgeons tend to use for treating fractures is that of intramedullary nailing. During the procedure, a metal rod that is specially designed will be inserted into the narrow femur canal. The rod passes along the fracture to make sure it stays in position.

An intramedullary nail is inserted into canal at either the knee or the hip through a small incision. The nail will be screwed in at either end, which help to keep the nail and the bone where they need to be in the healing process. The nails are often made from titanium. They come in an array of different lengths and diameters to accommodate the majority of femur bones.

During this particular operation, all of the bone fragments are repositioned back to where they are supposed to be. They are held in position with specialized screws and metal plates that affix to the outer part of the bone. Screws and plates are generally used when intramedullary nailing isn’t possible, such as that of fractures extending into the knee and hip joints.