The Rectus capitis posterior minor erupts via a narrow tendon that is pointed out of the tubercle of the posterior arch for the atlas. As it ascends, it widens. It is inserted through the medial portion for the occipital bone and the inferior nuchal line, as well as the surface that lies between the foramen magnum. The muscle also has some attachment onto the spinal dura mater.

All of the suboccipital muscles can contribute to headaches in individuals when they are short or tightened. Common headaches are the direct result of entrapment of these nerves within the inferior oblique. The rectus capitis posterior minor is connected with the C1 arch that travels up and into the nuchal line for the occiput. Even though it is often overlooked, this muscle has a direct connection with the spinal dura. All of these connections seem to monitor the flow of cerebral spinal fluid. When the muscles tighten, the fluid levels are affected, and headaches are a direct result of this occurrence.

Tubercle for the posterior arch found in the atlas.

Middle portion in the inferior nuchal line for your occipital bone.

Aids in extension of the head. 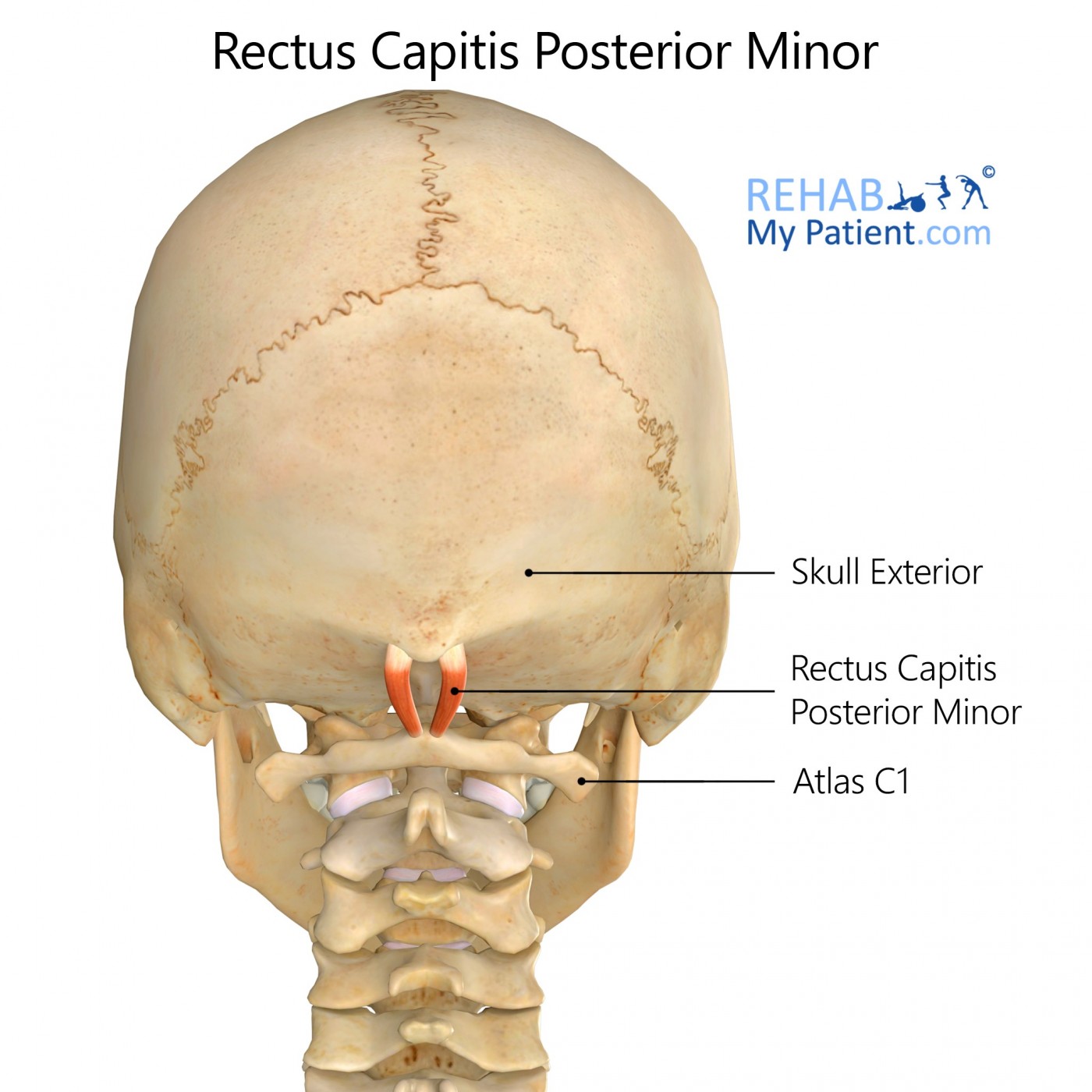 The stabilising function of the spine is generated from three systems that interact with each other. Altering one of these systems can cause functional impairment and create a disturbance in movement control. Decreases in the movement quality could be directly linked with the impairment state of the spine. The recent study was aimed to address the relationship between the cervical spine and the control for low-amplitude neck movements. The more precise the movement is, the faster it is going to be.

A test was devised that consisted of a series of movements for the neck under a timed laser beam that targeted the area in question. Every person received a different score on the test. It was dependent largely on age and gender. Those who were classified as disabled tended to score the highest on the test. There is a direct relationship between low-amplitude movement and functional disorders for the spine, but the exact nature has yet to be determined.

Lie face down on the floor, placing a mat under the stomach for protection. Place each arm straight down each side of the body. The chin may be resting on the floor, also. If desired, the forehead may be rested on a towel that has been rolled up. Lift the head an inch from the floor and hold the position for 10 seconds. Complete 10 repetitions of this exercise daily.