The rectus capitis lateralis is a flat, short muscle that rises from the upper surface in the transverse processes of the atlas. It is inserted into the underneath surface in the jugular process for the occipital bone.

Straight muscle of the head at the side.

Some of the most frequent types of injuries to athletes are those of an acute strain or sprain in the musculature of the neck, in addition to any soft-tissue contusions. Strains are injuries to the muscles that occur whenever the muscle is overloaded or stretched. Sprains are when the ligaments and capsular structures that connect the vertebrae and cervical facet joints become damaged. It may be quite difficult to differentiate between the two injuries, which is why they often occur at the same time. Symptoms may be described as stiffness in the neck, muscle spasms in the affected area, tenderness and reduced range of motion of the head and neck. Treatment of an injury to this muscle include icing the affected area, isolating movement of the area, rest and massage therapy. NSAIDs, such as ibuprofen, may be taken to address pain and reduce inflammation.

Superior margin for the transverse process in the atlas.

Jugular process for the occipital bone.

Assists weakly with lateral flexion for the head.

Postural muscle that aids in monitoring the position and movement in the head.

Muscle receives its blood from ascending cervical artery, which comes from a small branch in the inferior thyroid artery out of the trunk of the subclavian artery. 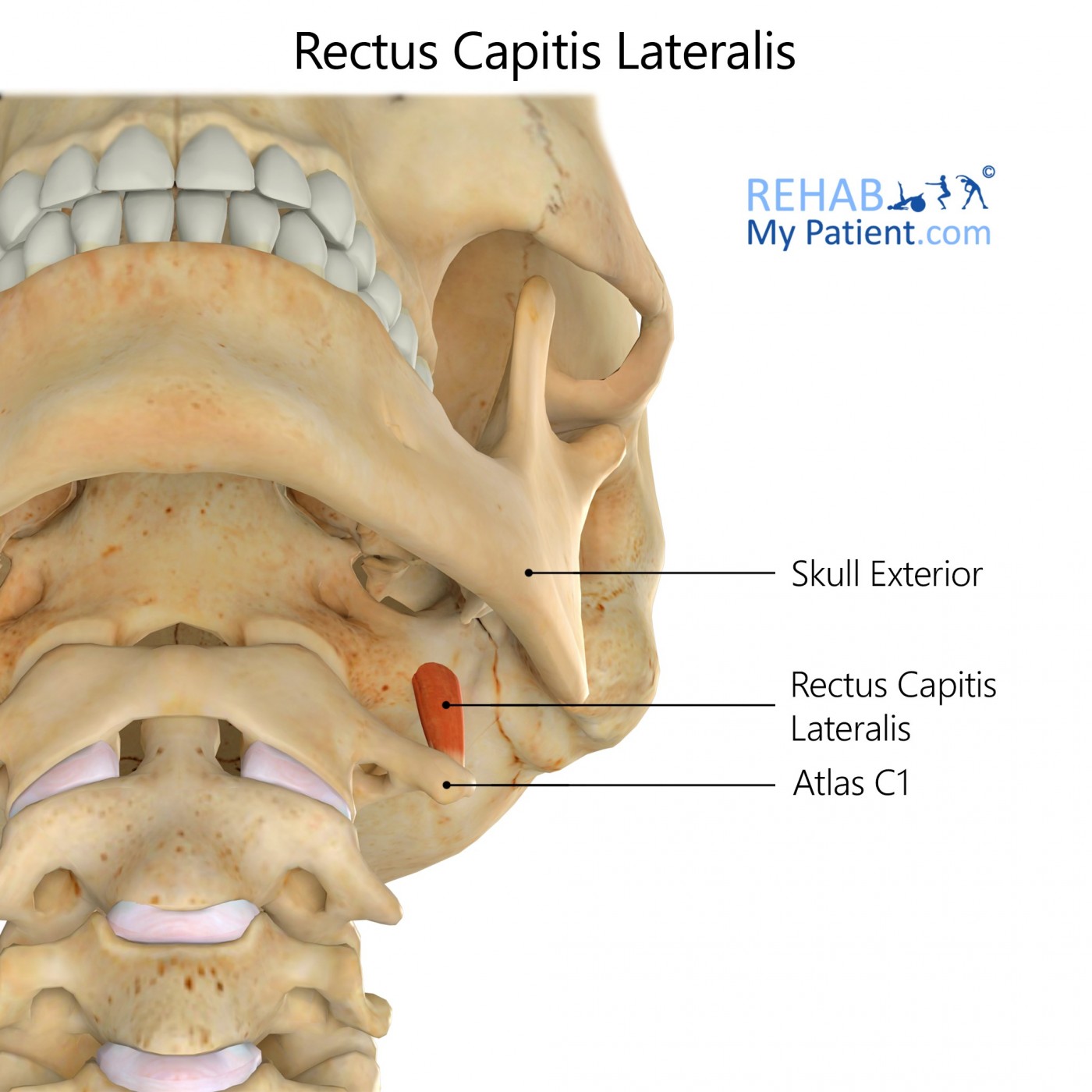 Sit up straight in a solid based and straight-backed chair. Relax the left hand into the lap while the right hand begins to reach over the top of the head. Allow the right hand, with fingers closed, to lay on the left side of the head just above the left ear. Gently press the head to the right side as if to press the right ear to the right shoulder. Hold this position for 10-15 seconds, then slowly release it back up to the starting position. Switch hands and repeat to the other side. This may be done two to three times a day. 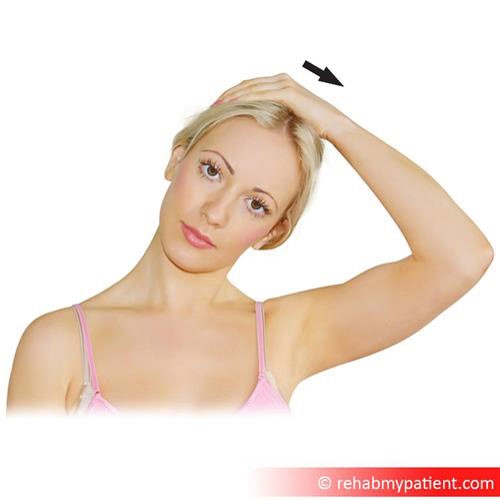