Occipitalis is often referred to as the occipital belly of the epicranius muscle.

The muscle on the back of the skull.

The occipitalis muscle, or occipital belly, is a muscle situated on the back of the skull. Some anatomists consider occipitalis and frontalis to be two discrete muscles while others prefer to categorize them as two regions of the same muscle unit – the epicranius, or occipitofrontalis.

Occipitalis is a relatively thin, rectangular shaped muscle which arises from the occipital bone and inserts in the epicranial aponeurosis. Its primary function is to move the scalp towards the posterior of the skull.

Occipitalis works with frontalis to manipulate the scalp which aids in the formation of human facial expressions by raising the eyebrows and creasing the forehead. Therefore, serious injury or nerve damage to occipitalis may present as decreased movement of the scalp.

Apes also possess an occipitofrontalis muscle, but for them it serves a greater purpose than mere facial expression. It aids in balancing the head on the vertebral column by pulling back on the skull. This extra physiological function of occipitofrontalis in apes is due to the fact that they are not bipedal like humans.

Pulls the epicranial aponeurosis posteriorly toward the occipital bone; works in conjunction with the frontal belly of epicranius. 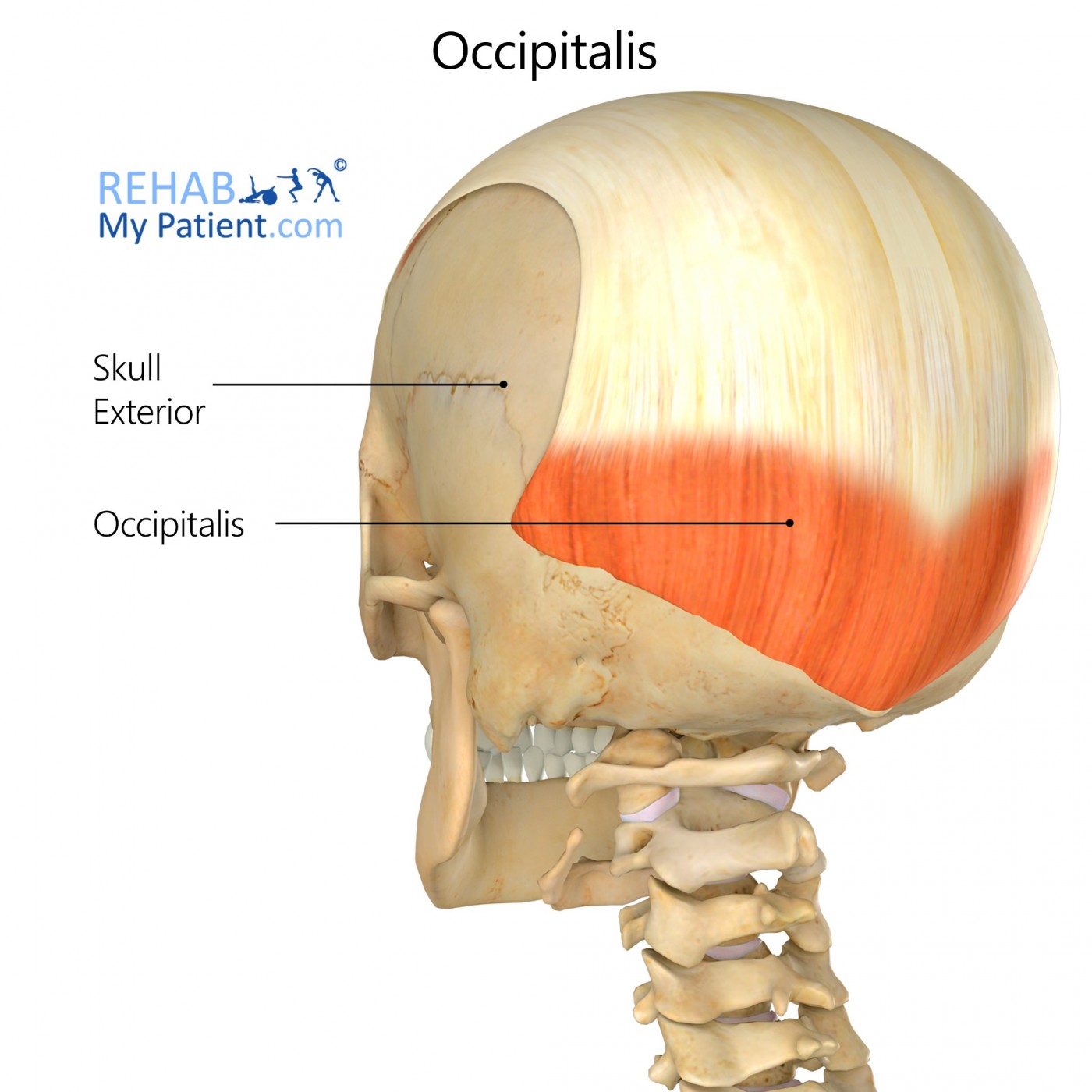 Correct diagnosis of injury or other pathology in the scalp requires that radiologists and other health professionals be able to accurately interpret imaging of the scalp including the galea aponeurotica and muscular structures like occipitalis. Computed tomography, magnetic resonance imaging (MRI), and ultrasound are imaging techniques that are applicable to the scalp.

Cervicogenic headaches present as unilateral headache pain which radiates from the neck up to supra-orbital region of the skull. When conventional treatments such as pharmaceuticals and physiotherapy are unable to yield satisfactory pain relief, direct injection of the nervus occipitalis major may be required. 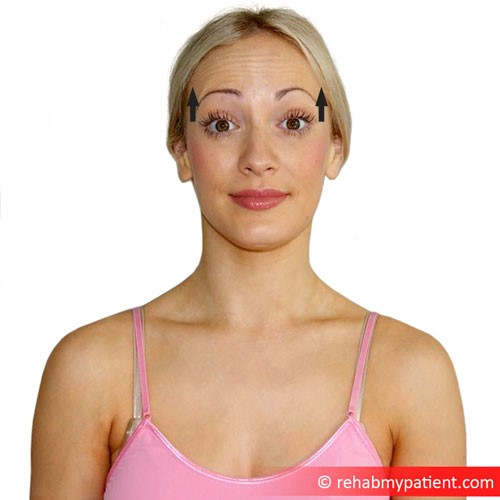 Although occipitalis is technically a voluntary muscle, people are generally much more able to contract frontalis (at the front of the skull) than occipitalis. Interestingly, men usually experience greater voluntary control of this muscle than women. To isolate occipitalis, stand in front of a mirror and raise your eyebrows as high as you can. This contracts the frontalis muscle and also recruits occipitalis. Now with your eyebrows fully raised, try to pull back on your ears. The first couple of times you try this you may not observe any noticeable movement. However, with time you will learn to isolate and control occipitalis which moves the scalp towards the posterior of the skull.