Opponens digiti minimi is part of the hypothenar group of the hand muscles.

The muscle that moves the little finger to the opposite side of the hand.

Opponens digiti minimi is susceptible to overuse injuries as a result of activities like typing on a computer or playing the piano for long periods of time. Strain in this muscle usually presents as pain in the fleshy pad of the hand near the little finger. If the muscle injury is significant, patients may not be able to tolerate even small amounts of pressure exerted on the little finger side of the hand (hypothenar eminence). The pain may radiate upwards into the finger. Injury to opponens digiti minimi will diminish opposition of the little finger to meet the thumb.

Hook of the hamate bone and flexor retinaculum.

Anterior side of the 5th metacarpal.

Opposes the joint of the little finger toward the thumb. 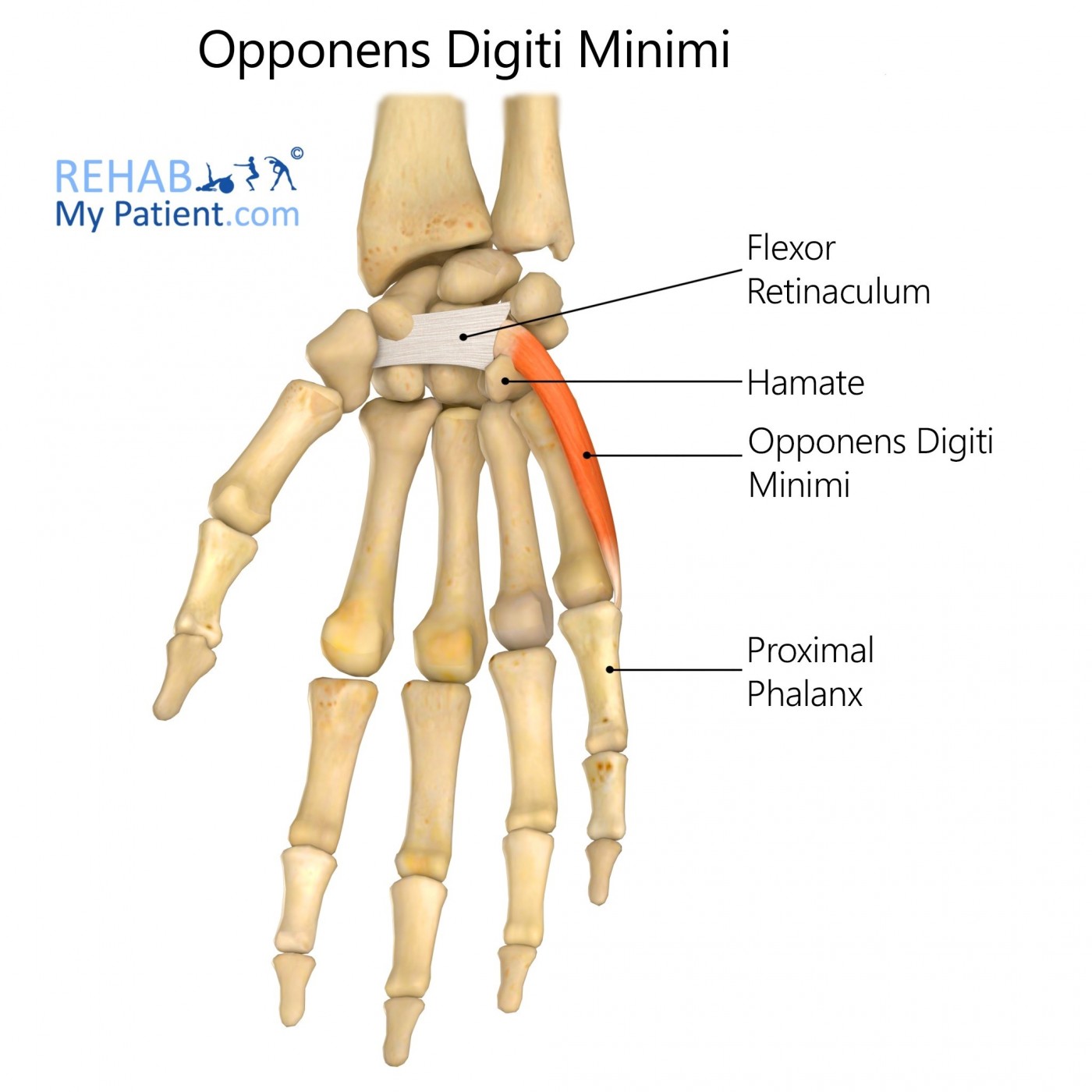 The causes and physiology of carpal tunnel syndrome are still poorly understood. Electrophysiological study of the surrounding anatomical structures show that muscles innervated by the median never and hypothenar muscles (including opponens digiti minimi) are all generally affected in early carpal tunnel syndrome.

Surgical exploration of cadaveric hands have revealed U-like neural anastomoses to be characteristic of most opponens muscles. Relative muscle spindle abundance is also greatest in opponens muscles which is likely for the purpose of controlling very fine movements. Nerve distribution mapping has important implications for hand surgery and muscle transplant surgeries.

Since opponens digiti minimi is responsible for opposing the little finger, this is precisely the motion you should utilise to isolate and strengthen the muscle. The simplest way of doing this is to simply alternate between extending all of your fingers and then bringing your thumb and little finger together while keeping the other three fingers fully extended. You can perform this exercise almost anywhere – at home, at work, even on the subway. To add resistance, you can use the fingers of your opposite hand to oppose the movement. You could also grip something slightly pliable in your hand like a stress ball and use that to add resistance. Try repeating this exercise for five full minutes every day. 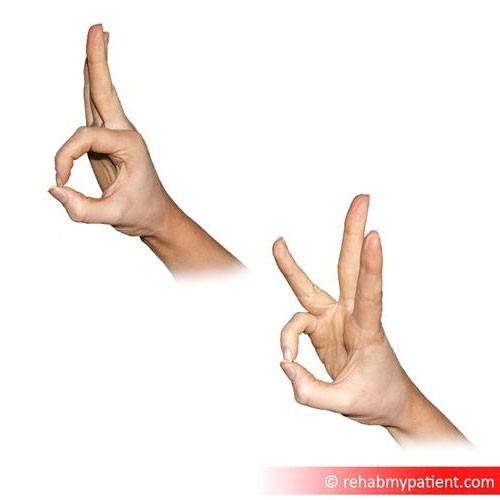