Growth plate fractures often affect the layer of tissue growing near the end portions of the child’s long bones.  Growth plates tend to be the weakest and softest parts of the skeleton.  Sometimes, they are even weaker than that of the surrounding tendons and ligaments.  Injuries that could cause a sprain in the joint for an adult could end up causing a fracture of the growth plate for children.

These types of fractures often require immediate treatment because they will affect the manner in which the bone is going to grow.  Improperly treated growth plate fractures are often the result of a fractured bone ending up being more crooked or shorter than the limb on the opposite side.  If you get proper treatment, most of the fractures will end up healing without further complications.

Growth plates are areas of cartilage tissue that is developing close to the ends of the long bones.  They help in regulating and determining the shape and length of the mature bone.  These long bones don’t grow from the center out, but rather, the growth occurs at either end of the bone surrounding the growth plate.  Whenever the child reaches their full growth potential, the plates will harden into a solid bone.

Since the growth plates are the last part of the bones to harden, they are more prone to fracture.  In reality, since muscles and bones develop at different speeds, the bones might be weaker than that of the ligament tissues connecting the bones to surrounding bones. 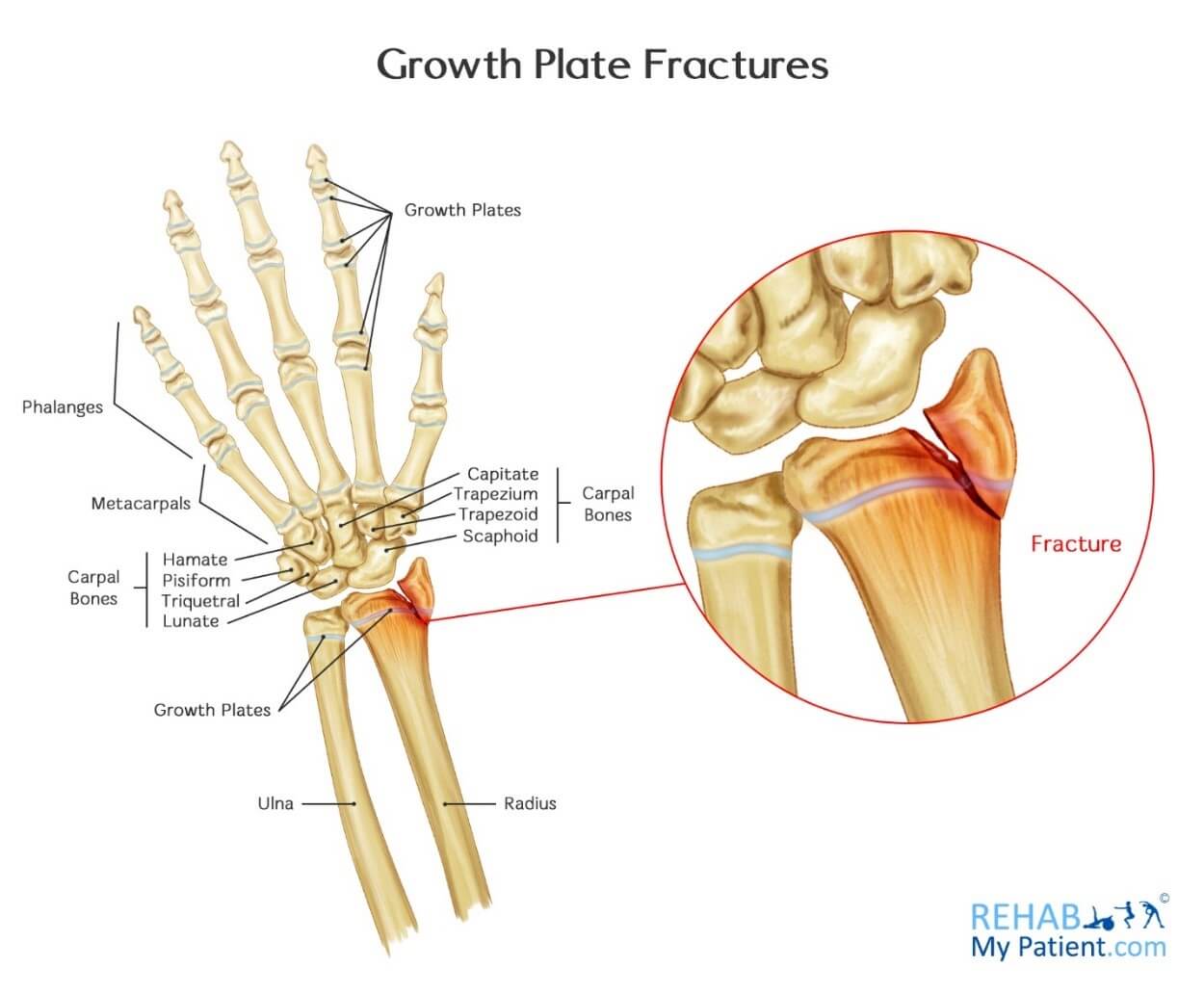 How to Treat Growth Plate Fractures:

Treatment for a growth plate fracture often depends on how severe the fracture is.  Fractures that aren’t that serious often only require a splint or a cast.  Expect to wear the cast for at least four to six weeks, but it could be as much as 10 depending on how bad the fracture is and the amount of time it needs to heal.

If the fracture ends up crossing the growth plate or the joints aren’t aligned well, it might be necessary to undergo surgery to correct the problem.  When growth plates are surgically realigned, they stand a much better chance of recovering and being able to grow once again when compared to those that are left in a bad position to heal.