The adductor magnus is the largest muscle of the groin region and is located on the medial side of the thigh. It is triangular in shape and primarily made up of two portions (heads): the adductor portion and the hamstring portion.

A large muscle that adducts (moves the hip towards the midline).

The muscle has two distinct portions of fibers constituting two different heads. Each head of the muscle performs various movements of the thigh at the hip. For example, getting into a car, you would enter with the first leg and start to sit down on the seat. You would then bring the second leg into the car before shutting the door. The adductor magnus is responsible for bringing the second leg into the car.

Athletes and weight lifters may experience adductor magnus strains due to excessive loads or repetitions. Common symptoms of an adductor strain are: a popping sound, pain when stretching, pain when at the touch or pain when performing an exercise that relies on adduction, flexion or extension of the hip.

It's highly recommended that anyone participating in a consistent sports or exercise routine stretch regularly, including this region. A popular adductor magnus stretch is the long adductor stretch where an individual is seated on the floor with their legs spread as wide as possible and their toes pointed upwards. While keeping the back straight, they should bend forward and stretch as far as possible without bending the knees. Additionally, this stretch is meant to held and released, no bouncing.

Hamstring head - the tibial nerve, which is a branch of the sciatic nerve.

Medial femoral circumflex artery (which is a branch of the femoral artery), all four of the perforating arteries, and the obturator artery.

A study published in the January 2012 edition of Arthroscopy, found that the adductor magnus tendon can be used to successfully reconstruct the medial patellofemoral ligament, which helps to keep the kneecap from lateral displacement.

There are a few different approaches to exercising the adductor magnus. The first approach is more of an isolation movement where you directly target the muscle. Place one end of a resistance band around a door or a machine as an anchor. Place the other end around the right foot. The leg with the band around it is the leg closest to the anchor as the individual stands upright. Keep the left leg straight at all times as the individual pulls the right leg across the body. The right leg should also be straight so that only the hip joint is moving. 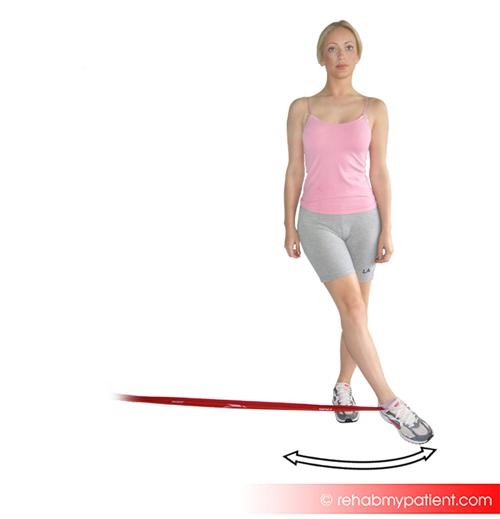 To progress the strengthening, you can use a cable machine. The exercise is identical, but the weights can be made heavier. Make sure you use an ankle cuff attached to the cable machine. 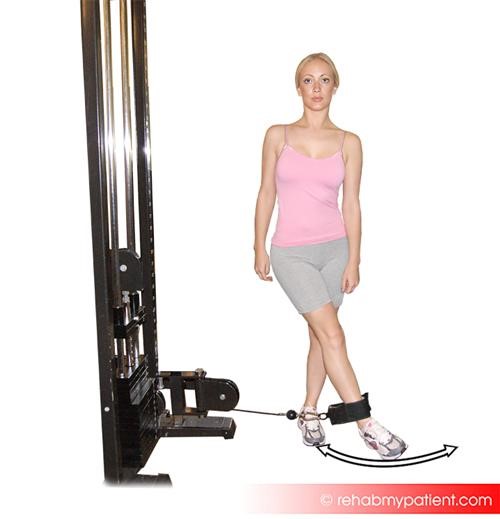 The second approach is to do a compound movement like a lateral lunge (sometimes known as a side lunge) to target the adductor magnus and other muscles of the upper leg. Stand straight with your feet next to each other. Step to the right with your right foot and lunge. Keep your torso upright and your left leg as straight as possible. Then push with your right foot so that you can return to your starting position. Repeat 10 lateral lunges, and then take a rest.